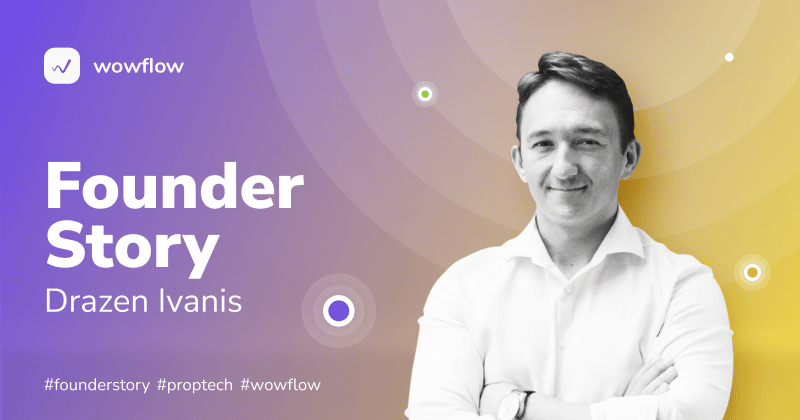 A new door opens for Drazen Ivanis after a breakup

From 2015 to 2016, the original plan of CEO and Wowflow founder Drazen Ivanis vanished into thin air. At the age of 32, he separated from his long-term girlfriend – settling down and starting a family was no longer an option.

So that’s what he did: as a workaholic, at some point, he was no longer able to develop further in his job as technical manager of the Donau Zentrum in Vienna. His desire for independence grew ever stronger. However: If you want to found a company, you need to have an idea. Ivanis visited one start-up event after the next and took something from every single one of them. Slowly but surely, it became clear that he had what it took to be a founder.

Ivanis read a lot during this time and worked hard to change old beliefs. Because if you want to set up a company, you need the right mindset.

To this day, life as a founder is tough. But especially at the beginning, Ivanis had to face major hurdles that could be downright frightening at times. “2016 to 2020 were the “hard years of learning”. 2019 in particular was not an easy stage for Wowflow and me. There just wasn’t enough money coming in – sometimes I could hardly pay the software developers.” At that time an entrepreneur’s salary was out of the question. “I had to cut back, especially financially.”

Fortunately, Ivanis has never lacked fighting spirit: martial arts and bodybuilding taught him this. A big advantage for Wowflow was the pandemic at the beginning of 2020. It made clear how important it is to advance digitization – also in the field of facility management. Video calls became the norm and saved Ivanis a lot of time that he otherwise would have lost travelling to client meetings. At that point, co-founder Mykhailo Voronoko joined Wowflow.

Since then, Wowflow has been quickly improving: Investors could be won over by Ivanis’s vision. The team is constantly growing. And Drazen Ivanis is also satisfied: He can develop quickly in a way that was not possible while being an employee in a company.

AA new and less time-consuming hobby has also been found: In his free time, Ivanis rides his bike in the mountains or the vicinity of Vienna.