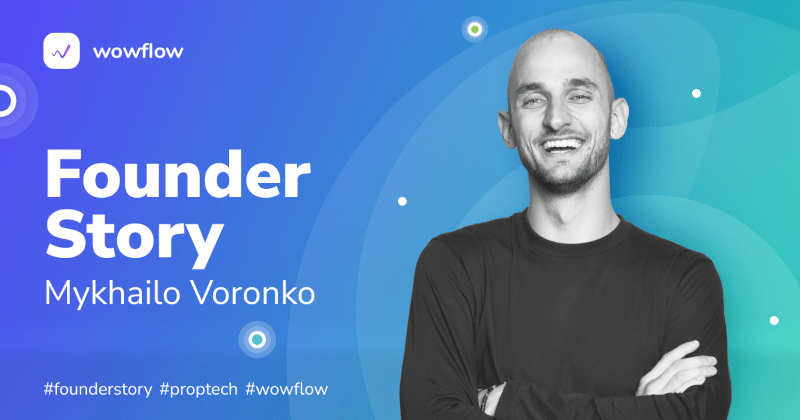 Misha went to Vienna for his master’s degree and ended up at Wowflow.

Five years ago – 2017 – Misha came to the Vienna University of Economics and Business (WU) for his master’s degree. Back then he was working as a consultant in Poland and realized he would regret it if he didn’t pursue his entrepreneurial ambitions. By coincidence, he found a cool master’s program in Vienna that had a “garage course” for creating startups. Misha’s thought was: “Wow, that could be the perfect place to recover after the consulting job, meet like-minded people, and create a successful startup.”

Funnily, the garage course was the only one that Misha didn’t manage to register for at WU. “I remember I was brainstorming how to pivot my previous venture with a friend and completely forgot about the registration. Roughly 10 minutes later it was closed.” So Misha went to another business course – the course where he ended up interviewing Drazen for a project.

After his studies, Misha joined a VC and worked closely with many other startups. Then, in 2020 Drazen contacted Misha – he needed help with a business plan. He got the help and subsequently was also a co-founder.

“Facility management is an old-school market with great digitalization potential. Maintaining the buildings is generally a difficult and ungrateful job. What makes it even worse is the never-ending operational chaos that most workers still experience these days. I just realized Wowflow has the potential to improve the lives of 15 million workers in Europe alone – workers that were under the radar for many other solutions.”

Drazen agreed and they both decided that they could move much further together. “I took a relatively big risk with it. I had to quit my secure job at VC and dive into the unknown. The worst thing that could have happened: The startup fails, I lose a working visa after one month, and get back to Ukraine,” says Misha.

But it never got this far. Since Misha joined Wowflow as co-founder the startup grew revenue by almost ten times, increased the team to 15 people/freelancers, and secured private funding from renowned angel investors.